To share your memory on the wall of B. Perine, sign in using one of the following options:

Provide comfort for the family of B. Perine with a meaningful gesture of sympathy.

Print
Bessie Rosalie Perine, 80, departed a life lived victoriously on November 6, 2019 in Montgomery Village, Maryland, where she had resided for four years in the home of her daughter following a diagnosis of Lewy Body Dementia.

Known to fam... Read More
Bessie Rosalie Perine, 80, departed a life lived victoriously on November 6, 2019 in Montgomery Village, Maryland, where she had resided for four years in the home of her daughter following a diagnosis of Lewy Body Dementia.

Known to family and friends as “Rose” and “Aunt Lee”, she was born in Corsica Neck on the Eastern Shore of Maryland on August 13, 1939. Rose was the eldest daughter of the late James H. and Bessie Augusta (Rozier) Hicks. She attended segregated schools in Queen Anne’s County, graduating at the top of her class from Kennard High School in 1957.

In 1964, Rose received her bachelor’s degree from the Morgan State College (now University) in Baltimore, MD. She pursued graduate studies at the University of Maryland in College Park, where she met her late husband, James Lanier Perine. Rose and Jim celebrated over 50 years of marriage before his death in February 2017.

Educated as a chemist, Rose was a “hidden figure” involved in research at the National Institutes of Health in the 1960s. After moving to Central Pennsylvania, she was a lecturer and tutor at Penn State University, then a process engineer at Corning Glass Works. Various employment opportunities took Rose and Jim to the Chicago area, San Diego, and Washington, DC. They spent their retirement years in Las Vegas, NV, where they reveled in entertaining guests with the wonders of the infamous Strip, unlimited buffets, and world-class shows.

Rose was a deeply inspirational, radically welcoming, and high energy person when she was in her prime. She touched many lives and made friends wherever she went. Known for her keen intellect, she frequently reigned undefeated in Boggle and Scrabble. She was a fierce advocate for family and friends in need, fueled by her dogged persistence, and her deep commitment to justice and the welfare of others. She enjoyed filling her home with collectibles, including crystal, jewelry, and buttons. She was a year-around “Santa” to her beloved children, nieces, grandchildren, and grandnephews, giving generously whatever and whenever she could. Everyone was fortunate to have her in their corner.

Rose’s faith in God was steadfast and true. It was a source of great inspiration in times of abundance and of comfort in times of tragedy. She and Jim were especially blessed by the enduring friendships of their Study Group from St. Paul’s United Methodist in State College, PA. In her latter years, Rose enjoyed the loving respect of the community at Grace Episcopal Church in Silver Spring, MD.

Provide comfort for the family by sending flowers

Show you care by sending Flowers

We encourage you to share your most beloved memories of B. here, so that the family and other loved ones can always see it. You can upload cherished photographs, or share your favorite stories, and can even comment on those shared by others. 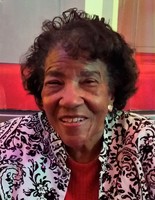 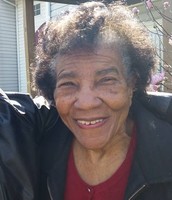 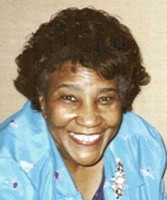